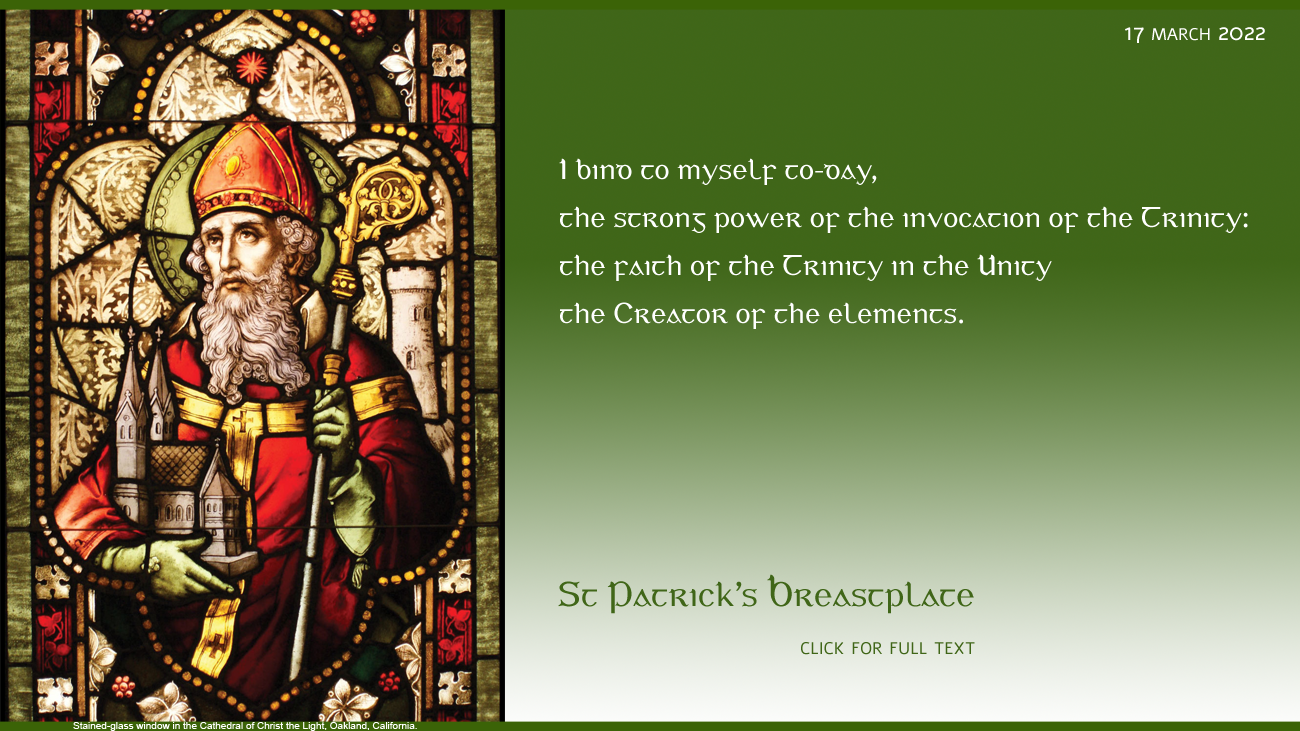 Saint Patrick's Breastplate is an old Irish prayer of protection attributed to Saint Patrick. It's also known as the Lorica of Saint Patrick.
The prayer is found in the Liber Hymnorum, an 11th-century collection of hymns. The text is conventionally divided into eleven sections:

1. I bind to myself to-day,
the strong power of the invocation of the Trinity:
the faith of the Trinity in the unity,
the Creator of the elements.

3. I bind to myself to-day,
the power of the love of seraphim,
in the obedience of angels,
in the service of archangels,
in the hope of resurrection unto reward,
in the prayers of the noble Fathers,
in the predictions of the prophets,
in the preaching of apostles,
in the faith of confessors,
in purity of holy virgins,
in the acts of righteous men.

4. I bind to myself to-day,
the power of heaven,
the light of the sun,
the whiteness of snow
the force of fire,
the flashing of lightning,
the velocity of wind,
the depth of the sea,
the stability of the earth,
the hardness of rocks.

7. Christ, protect me to-day
against poison, against burning,
against drowning, against wound,
that I may receive abundant reward.